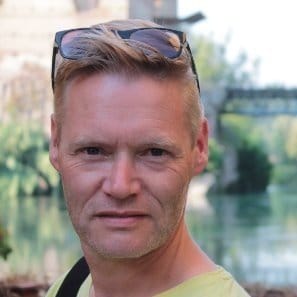 Art and testing may look like an odd couple. True, Glenford Myers combined both in his book “The Art of Software Testing”, but the art in there was strictly limited to the title page. It referred to skill and mastery, of course, not to an aesthetic experience. More recently, Robert Austin and Lee Devin published “Artful making” which mainly addressed software development and its resemblance to art. This got me thinking: what about artful testing? Can the arts in any way inspire our testing efforts?
In this presentation, I investigate what happens when we infuse testing with aesthetics. Can the fine arts in any way support or complement our testing efforts?

Zeger Van Hese (born and raised in Belgium) has a background in Commercial Engineering and Cultural Science. He started his professional career in the movie distribution industry but switched to IT in 1999. A year later he got bitten by the software testing bug (pun intended) and has never been cured since. Over the years, he developed a passion for exploratory testing, testing in agile projects and, above all, continuous learning from different perspectives. He was the 2012 Eurostar program chair and founded his own company, Z-sharp, dedicated to helping clients on the path to smarter testing. He is co-founder of the Dutch and Belgian Exploratory Workshops on Testing (DEWT and BREWT, respectively). He makes sketch notes for fun. Contact Zeger at zeger@z-sharp.be.